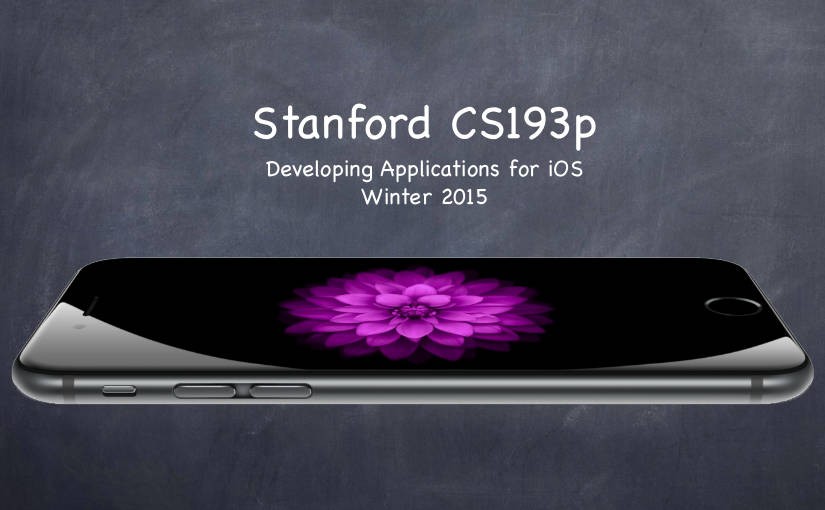 Please note, this blog entry is from a previous course. You might want to check out the current one.

Like every year lecture #1 is an general introduction of the course with an overview about iOS, MVC and this time the Swift.

… and again Paul Hegarty stresses the importance of being familiar with object oriented programming as prerequisites for the course and that it is not for absolute beginners.

In the iOS overview Paul Hegarty shortly explains the different layers of iOS. Beginning with

The second part of the lecture is a demonstration showing:

The lecture as well as its slides are available via iTunes under the name “1. Logistics, Overview of iOS”. The code for the demo is available on GitHub.